The British Crime Classics Challenge or BCCC is hosted by me. There are no rules as such, so if you want to sign up, please do! You can have a look at the introductory post here.

Great Barwock’s least popular man is murdered on a train. Four suspects are identified and one of them is guilty of murdering the nasty chap. The story opens with a courtroom scene. The identity of the accused isn’t revealed until the end. Attorney-General Anstruther Blayton leads the court proceedings, Inspector Fenby carries out the investigation. Will the jury declare the accused guilty? 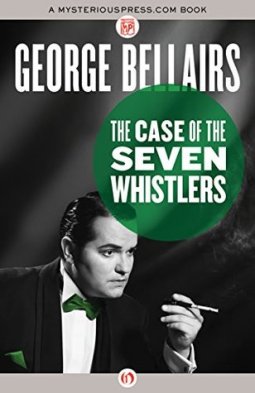 The Case of the Seven Whistlers by George Bellairs

Two antique dealers named Grossman and Small have set up shop on a cobble-stoned street. Business is as usual until Miss Adlestrop purchases a large oak chest. When the chest is delivered to her house, she finds Grossman’s dead body in it. Inspector Littlejohn is sent to investigate. 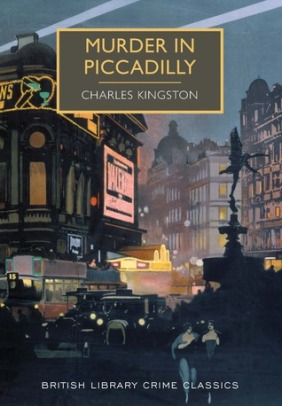 Murder in Piccadilly by Charles Kingston

In the very midst of a London subway crowd, Massy Cheldon is stabbed to death. Massy’s nephew Bobby has fallen in love with a dancer at a sassy club in Soho. The lady-love wants Bobby to own the Cheldon estates but that isn’t easy when Uncle Massy is still alive. Chief Inspector Wake of Scotland Yard uncovers a hidden web of deceit, love affairs and the Soho underworld.

The Case of the Demented Spiv by George Bellairs

On a rainy evening, a spiv enters a pub and speaks of seeing a body at the Fennings’ Mill. The police investigate the spiv’s tale and stumble across a dead body in the mill – face smeared with theatrical make-up and a false moustache pasted over the lip. Inspector Littlejohn of Scotland Yard is called in for help.

The Caribbean Mystery by Agatha Christie

Jane Marple is basking in the warm sun of the Caribbean. When a Major asks, “Do you want to see a picture of a murderer?”. Before Miss Marple could answer, something catches the attention of the Major and he stops talking. The next day he is found dead in his room. Miss Marple isn’t convinced the Major died of natural causes.

Solomon Burt has fallen in love with a property at Harwood. But the owner refuses to part with it as it is his ancestral house. But finally, Burt has his way and the house is now converted into 8 apartments. Soon, the tenants start experiencing paranormal activities and this ends with Burt falling off the stairs and breaking his neck. Detective-Inspector Littlejohn is sent to investigate the case.

Death in the Night Watches by George Bellairs

Henry Worth is on a stroll outside his factory in the middle of the night. A few minutes later he is found gassed to death. Inheritance and familial relationships play a major role in this story. Also, Henry was known to be a ladies man. Did a disgruntled husband kill Henry in a fit of rage? Detective-Inspector Littlejohn is sent to investigate the case.

During a joyous celebration at a Zion Chapel, Alderman Harbuttle falls through a trap door on the stage. When his rescuers reach the basement, they see Mr Harbuttle stabbed to death. Superintendent Nankivell of the local police takes up the case, only to find the witnesses are suspects too.

Former Governess Emma Betony is leading a boring life when she receives a letter from her former student, Grace Aram. Grace runs Makeaways, a struggling boarding school for girls. She’s moved the school into an old nursing home and believes that one of the patients (who refused to move when Grace and the girls come in) is being poisoned. Emma Betony moves to Makeaways as a substitute teacher unaware of the dangers that lie ahead. 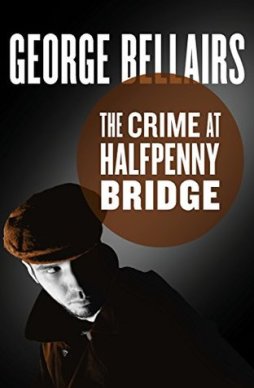 The Crime at Halfpenny Bridge by George Bellairs

WW2 and blackouts but people do not have trouble finding their way to Halfpenny bridge. A ship comes into the channel and the lighthouse guides it to the port. In the flashes of the light from the lighthouse, two drunken men witness a crime: two men are fighting on the shore. One hits the other with a sack and the injured man falls into the channel and drowns. Chief Inspector Littlejohn is assigned to the case.

Appointment with Death by Agatha Christie

Among the towering red cliffs of Petra sat the corpse of Mrs Boynton. A tiny puncture mark on her wrist was the only sign of the fatal injection that had killed her. Suspects are aplenty. Poirot has only 24 hours to solve the case.

Death Sends for the Doctor by George Bellairs

An anonymous letter to Littlejohn takes him to Caldicott. A murder had supposedly occurred on Friday but the police at Caldicott have no clue as to who the victim or where the crime scene is. Dr Beharrel is found dead in a secret room behind his bedroom. Is it possible the murderer himself sent anonymous letters about his handy work to the police?

The Case of the Headless Jesuit by George Bellairs 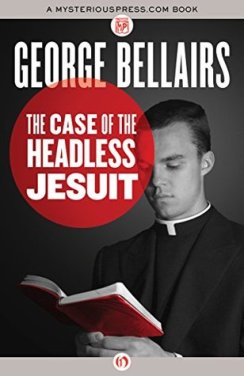 Old lore of a secret treasure and a headless Jesuit is back to haunt the people of Cobbold-in-the-Marsh. Salter collapses in the church on New Year’s eve. A few days before, a local bobby was found dead. Are the two murders connected? Littlejohn and Cromwell investigate.

At Bertram’s Hotel by Agatha Christie 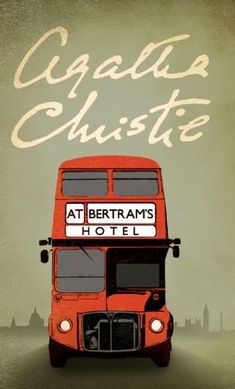 Miss Marple is taking a holiday in London and has chosen Bertram’s Hotel for its traditional decor, good service and an unmistakable atmosphere of danger. However, not even Miss Marple can foresee the violent chain of events that will soon occur.

He’d Rather Be Dead by George Bellairs 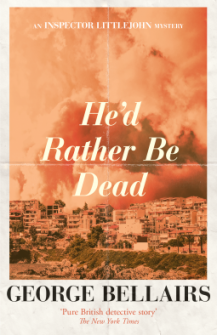 Sir Gideon Ware of Westcombe dies during a lunch party he’s hosting for his Corporation Officials. The local Chief Constable doesn’t want to get his hands dirty interrogating the suspects – they are rich and influential – a harmful combination for the Chief Constable’s career. Littlejohn is sent to Westcombe to solve the murder case.

The final collection of stories featuring Polly and the old man in the corner.

I’m Amazon and Wordpress affiliate. This means, at no extra cost to you, I earn a small percentage every time you use the below link to make a purchase