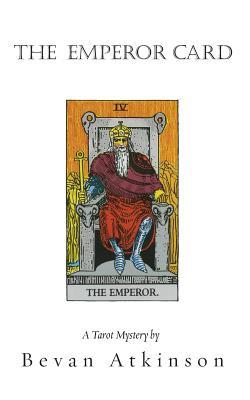 Xana is back! And so is her father! Wait, what??? Her father died nine years ago in a car crash, right?

Xana aka Rosalind Alexandra Bard comes home to find a corpse in her backyard. The police arrive on the scene and show her the dead man’s ID – it’s Joshua Bard – Xana’s father! Xana calls her brothers and sisters over, after all it’s a family emergency. Mater is her usual cranky self. She’s worried about the ‘publicity’ behind her husband’s um… second death?

The mystery behind her father’s murder takes Xana to the state of Nevada. A gold fever, WW2 and a road trip with DeLeon Davies and Thorne Ardall, Xana is in her new avatar – Xana Lara Croft! 😀

I am a huge fan of this series. With each book, we get to read something new, explore a new side of Xana. This time it’s family. Collin, Brett, Lulu and Nora come to Xana’s rescue. The WASP kids will do whatever it takes to help Xana bring their father’s murderer to justice. There are two recurring characters in this story – Walt Giapetta and Bix Bonebreaker. Bix plays a major role in the story. We saw Walt investigating Mona’s attempted murder case in the previous book.

Unlike the previous books in this series, the mystery element is a tad dampened. But this did not stop me from enjoying the story. Thorne Ardall, Xana’s gargantuan lover boy must stay away from the cops. But when his lady love is in trouble, he doesn’t think twice before jumping in to help her. DeLeon Davies is like family. He readily agrees to take the duo to Nevada.

As is the case in the previous books of this series, Xana’s inner voice asks her to do a tarot reading. She finds The Emperor Card reversed in the reading.

The Emperor Card is all about mastery, masculinity, dominance, control, authority, establishing a realm and ruling it. He’s also about fathers.” I shook my head and picked up the card.

“He’s reversed; therefore the control and management and setting of boundaries go out the window. Upside-down like this he’s your ‘preposterous chaos,'” I said to Thorne, “and he’s at the center of everything here.”

In Nevada, Xana learns something about her father. A secret that might shock her to the guts. But, she also gets to know the sinister reason behind his murder.I like the family’s role in this story. Mater is being her usual pain-in-the-backside-self while the Bard siblings bring a unique touch to the story. We saw Nora in the previous book – The Empress Card. In this story, we finally get to meet Collin, Brett and Lulu.

Overall, this was a fun read. A little less on the mystery side but a warm and welcoming change in the series. I am looking forward to reading the next book in this series. Who knows what’s next for Thorne and Xana. 🙂

The creamy, frothy and cooling drink is my fuel for creativity. If you appreciate all the hard work I have putting on this blog and want to 'Buy me a Lassi', click the button below. :)