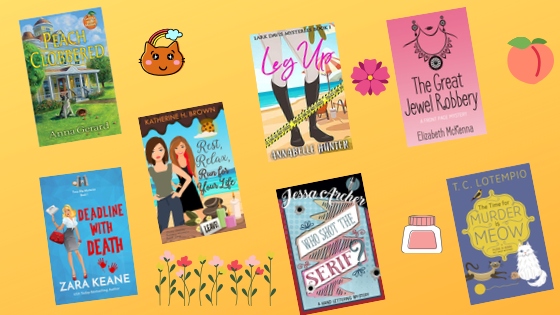 2019 has certainly been a year of cozy mysteries for me. With so many new stories and themes to offer, Cozy Mystery is picking up a lot of audiences. 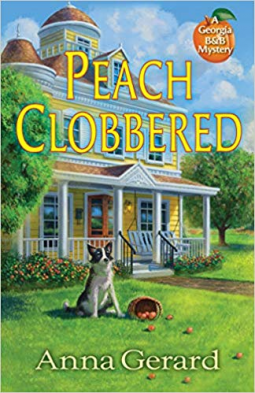 Nina (pronounced as Nine-ah) Fleet has moved to Cymbeline, GA, after a nasty divorce with her husband. She’s hardly settled in when she finds a penguin on her porch. The penguin (a man in a penguin suit) claims that he owns the house and not Nina.

Nina now finds herself to be an overnight B&B owner and six nuns are her first guests. The nuns are off to the town to protest and Nina goes along. She finds the penguin again, but this time, someone’s put a knife in his chest.

Leg Up by Annabelle Hunter 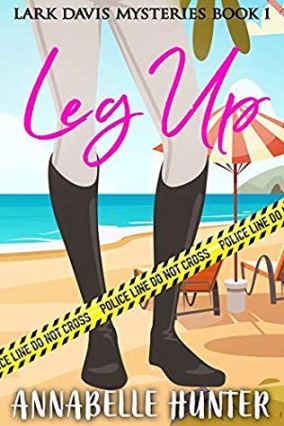 This is one of the quirkiest stories I read this year! After her divorce, Larklyn Davis has moved to Barrow Bay along with her daughter. She owns a stable and dressage business there. Lark wakes up one morning to find a leg on her porch. The rest of the body is missing and she makes sure that none of her neighbours is missing a leg! To ‘investigate’ the case, Captain America is called to the scene of the crime.

Not the Marvel hero though. This one is a Chris Evans lookalike. As the story proceeds, Lark finds more body parts on her porch. An arm one day, and something else the other day and so on and so forth…

The Time for Murder is Meow by T.C. LoTempio 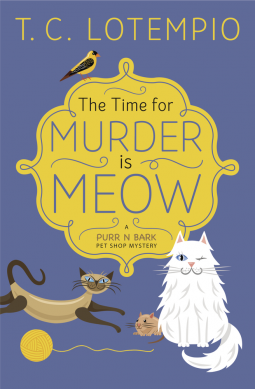 Crishell has moved from LA to Fox Hollow after the cancellation of her TV show. She’s now the owner of Purr N Bark Pet shop. Crishell has an argument with the museum head Amelia and the next day, Amelia is found dead by… none other than Crishell! She soon becomes a murder suspect. With the help of her newfound buddies and the former co-star, Crishell decides to clear her name.

Rest, Relax, Run for your Life by Katherine H. Brown 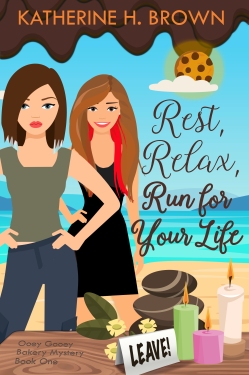 Piper and her friend Samantha are over the moon to hear that they have won a four-day stay at a spa. Gladys, a lonely widow, asks the duo if she could join them and they readily agree. As the spa treatments begin, Piper finds her self in trouble. Someone’s trying to kill her. But why?

Deadline with Death by Zara Keane 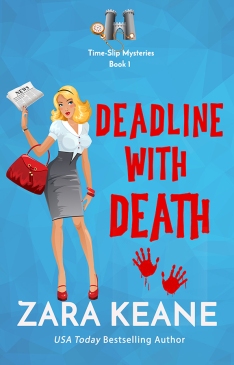 Dee works at the local newspaper and is used to the erratic weather of Ireland. But all of a sudden she sees the sky turn purple and a man is shot to death in front of her. She loses track of time for a bit and when she wakes up, the sky is blue again. The man who was shot has no idea where he is or what year it is. [This cozy is based on time travel and portholes.] 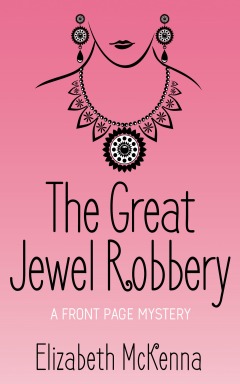 Emma and Grace are Chicago Tribune editors. Grace is asked to cover the annual charity ball and auction and she takes Emma along. The main attraction at the auction is an Art Deco diamond and ruby necklace with a matching bracelet and earrings. After the auction, the jewellry is nowhere to be found. Grace, who’s always wanted to be an investigative journalist, promises the host to find the perp.

Who Shot the Serif? by Jessa Archer 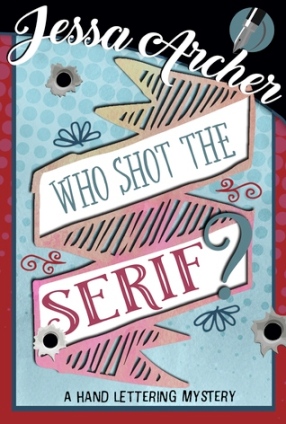 Jamie Lang is in a sullen mood as she hasn’t had her daily dose of caffeine. She reaches her hand-lettering shop to find one of her hand-lettering quotes on the window – full of BB holes. She enters the cafe, still angry, and Earleen irritates her even more. They argue in the cafe and the next morning, Jamie finds earlenn on her porch – shot to death. Jamie is now the main suspect and she decides to clear her name.

Click on the titles to read my review. Also, if you have missed the first list, you can check it here.

The creamy, frothy and cooling drink is my fuel for creativity. If you appreciate all the hard work I have putting on this blog and want to 'Buy me a Lassi', click the button below. :)